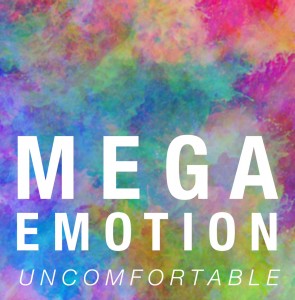 The track is a heady blend of post punk, stark electronics and synth-laden pop hooks. Inspired by bands like New Order, Metronomy, Chvrches and Kraftwerk, they wanted to create dance music whilst still retaining the rawness of bands like Sonic Youth or the Pixies. It is backed with a striking cover of Madonna’s “La Isla Bonita”.

The songs were recorded next to a swamp in the wilds of Norfolk, with Owen Turner of Sickroom Studios at the helm.

You can also buy Uncomfortable the track from iTunes, Google Play and stream on Soundcloud and Spotify.

Find out more about behind-the-scenes on the Uncomfortable video, and watch below:

Uncomfortable follows on from Mega Emotion’s demo self-release of the Fake Feelings EP cassette, featuring BRAINS, Suck Gold, Luck Dragon and City in Shapes. The cassette sold out within a few days and tracks such as BRAINS were featured on BBC Introducing, BBC 6 Music and XFM. You can buy the EP as digital downloads from Bandcamp, iTunes, Amazon, Google Play or stream via Soundcloud and Spotify.

This message is only visible to admins.
Problem displaying Facebook posts. Backup cache in use.
Click to show error
Error: Error validating access token: The user has not authorized application 1332798716823516. Type: OAuthException

@Joyzineuk: After 60 songs, how can we top off this year's #AdventCalendar? How about 3 songs recorded exclusively for us + a cover of @PaulMcCartney's Frog Chorus? Thanks to @stephenevens, Tiny from @Ultrasoundband, @MegaEmotion & @BlackSalmonband for the tunes & to all of you for listening
h J R
@MegaEmotion

Wohoo we're behind door 24 of this year's @Joyzineuk Christmas Calendar with our rendition of the Frog Chorus 🐸🐸🐸 along with Tiny from @Ultrasoundband our good friend @stephenevens & @BlackSalmonband FREE DOWNLOADS HERE 👉 https://t.co/G34iVCzwWj https://t.co/tfOqb1ZB28 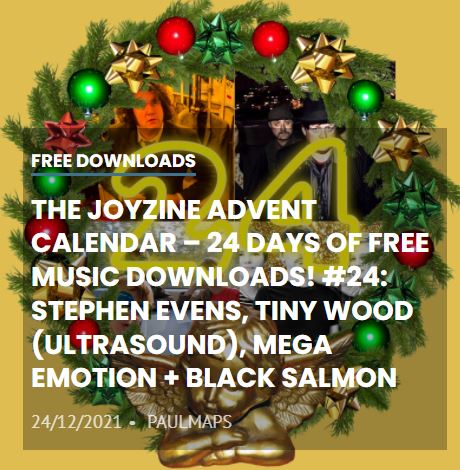