Who are Mega Emotion?

BBC 6 Music Round Table winners
Mega Emotion are two girls drumming over a sequenced beat; a guy screaming his guts up

Norwich trio Mega Emotion is made up of Iain on guitar, Lisa and Jan on keyboards, all of them sing and play drums/percussion over electronic beats. Iain describes their sound as “an alternative soundtrack to the film Tron.”

Since forming, their demo BRAINS won Steve Lamacq’s Roundtable new music selection on BBC 6 Music, was playlisted as a 6 Music Recommends track of the week, and the band has been championed on Radio X / XFM and by BBC Introducing.

Live, they have played for John Kennedy’s Remedy showcase in London, and supported the likes of Dan Croll, Thumpers, Lonelady, DRONES CLUB and Yuck.

Mega Emotion have a DIY ethos, and self-released their demo Fake Feelings EP on cassette, with fans who pre-ordered enjoying a unique track made especially for them by the band.

Their debut single proper, Uncomfortable, was released on cassette by Post/Pop Records – who have released cassette tracks by Everything Everything, Pulled Apart By Horses, Ash, Johnny Foreigner and We Are Scientists. Track OK MAYBE OK spewed out squelching bass lines, dirty duelling guitars, headache-inducing drones and, let us not be coy about this, cowbells. It was a BBC 6 Music Recommends track. Next single Sick Burn was a slow-building hymn to friendship and optimism in a world gone to shit. It was followed by Laura, a synth-pop ode to unrequited love, and I Want So Much More Than You Can Give, a synth-driven paean to the heartache of relationships.

Their debut album (Move Motherfucker / I Know You Know I’m Perfect) is a split 12″ pink vinyl with their grunge-pop alter-egos Lady Di and is out September 2020.

“Brains starts like Blondie and soon becomes something different. Part Pixies noise-fest, part 80s synth sunset. I fucking love this song. It makes me want to rip out my shitty broken spine and flop around on a dance floor having fun.”
The 405 (single of the week)

“Mega Emotion aren’t your standard synth-pop proposition. They may weave webs of slick electro beats that nod out to Blondie, but they also have a thing for excessive layers of noise.”
The Fly (names to watch)

“A tasty jellybean of guitar embellished, smart electro pop”
The Music Fix (single of the week) It's #NationalAlbumDay 🎧 Thanks to everyone who's bought our luscious pink vinyl already! 'Move Motherfucker / I Know You Know I'm Perfect' (the Lady Di side) is available at Norwich's excellent Soundclash records, all good record stores and megaemotion.bandcamp.com ...

Share on FacebookShare on TwitterShare on Linked InShare by Email

PS, if you've heard it, enjoyed it, and would like to buy it for keeps - you can pick up a vinyl or digital copy over on our Bandcamp https://t.co/cbyrQkFOcs
h J R
@MegaEmotion

Pretty stoked with this! Nearly 3,000 streams of our new album on Spotify! https://t.co/2gDYmp159J 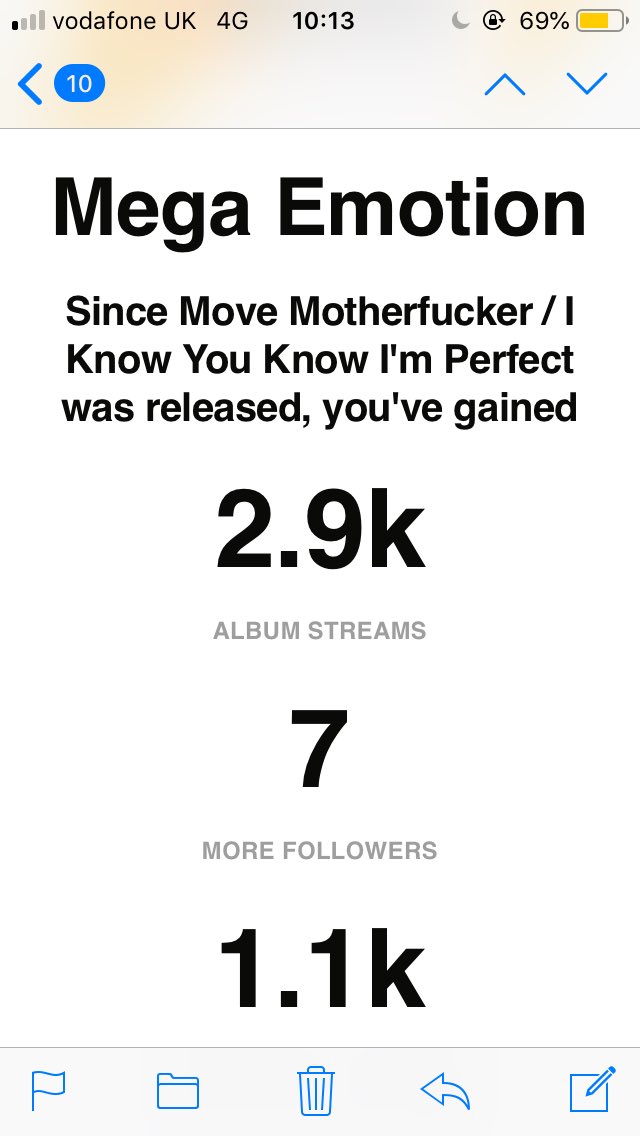 It's #NationalAlbumDay Thanks to everyone who's bought our luscious pink vinyl already! 'Move Motherfucker/I Know You Know I'm Perfect' (the @LadyDiBand side) is available at Norwich's excellent @S0UNDCLASH, all good record stores & https://t.co/4nC3vOYArx https://t.co/VIK3oYO8rq 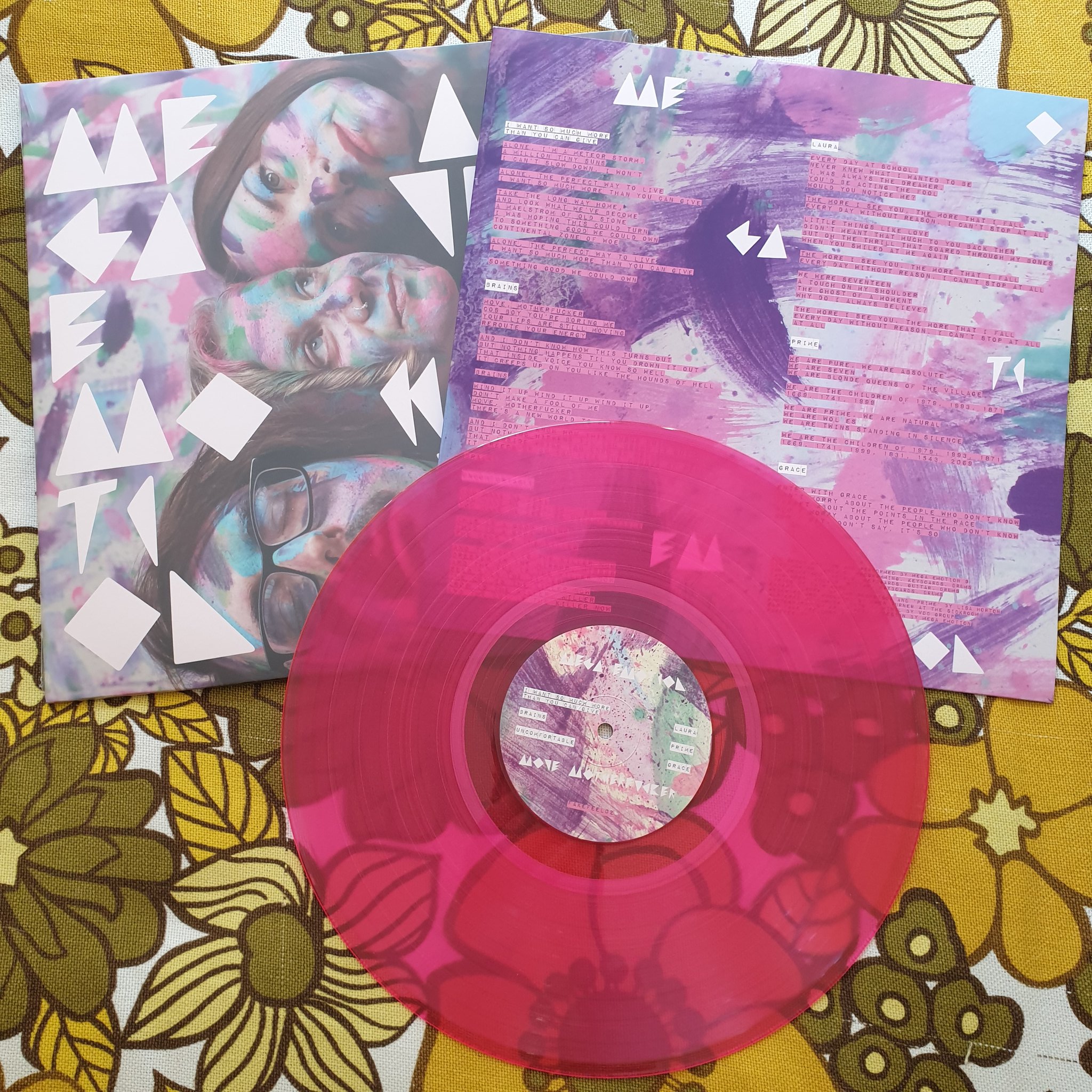 It's #NationalAlbumDay 🎧Thanks to everyone who'